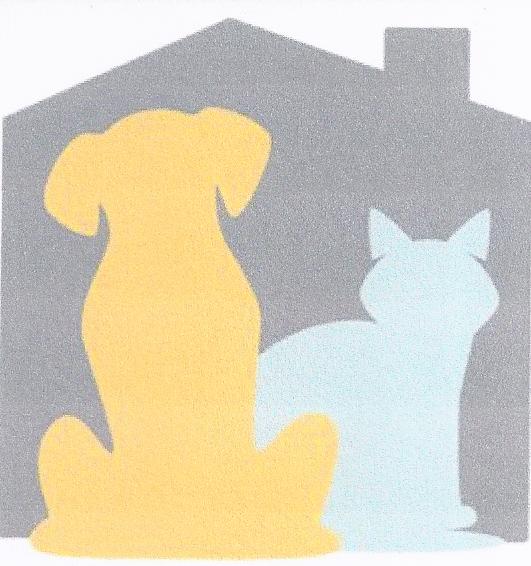 501(c)(3) Non-Profit Organization
May Rescue 2012
In early May, we were called by a woman who needed to surrender her cat and dog with 3 pups. She was extremely upset as the next morning, the Sheriff was formally evicting her from her home. She wanted to know that her pets would be safe and well cared for or else the Sheriff would call Animal Control to take the animals. What we didn't learn on that phone was that her home was in complete shambles, her 11-year old daughter had already been taken by Child Protection Services and she had 17 other animals that roamed her house, her yard and lived in her car. While her friends started bringing out seemingly endless handfuls of kittens, puppies and dogs on leashes, we stood stunned, wondering what to do next. Knowing the most important thing was to get these animals out of this horrific situation and into proper care, the FurEver Animal Rescue team, a dedicated, loving, organized and hardworking group of volunteers, quickly swung into action.

Your adoption donation is 100% tax-deductible. 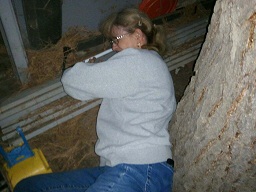 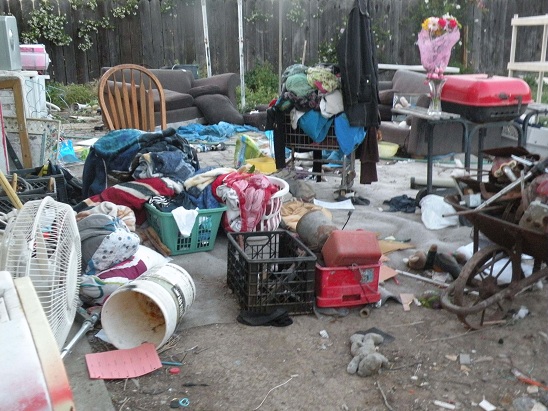 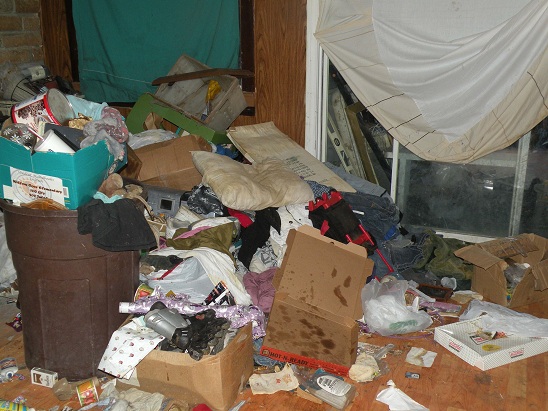 Rescue work isn't easy - it can be simultaneously rewarding and gut-wrenching. You often have to be a teacher, a good listener, a police officer, a mental health counselor and a priest, all rolled into one! It's very hard to know what to say and not to say in difficult situations that appall you, piss you off and break your heart at the same time.
As sweet free roaming kittens came up to us, we picked them up, examined them, created an index card to note what we found, vaccinated them, applied flea medication, administered de-worming medications, gave them an ID tag and put them in a kennel. Even with our assembly line system, this still took several hours. Getting a 4 week old kitten out from underneath a plywood board in a heavily cluttered backyard was the highlight of our evening - this little baby girl was doing exactly what her mommy told her to do - stay well hidden. Each time we reached for her, she would play with our fingers liked they were a toy but stepped back when we moved. Finally, this little darling girl stepped into a hand and was pulled out - she is a cute little Tortie girl with an Indy 500 purr.

Every animal was covered in fleas. Most cats and kittens were weak from flea infestation with significant hair loss. Some of the cats had heavy round worm infestation and upper respiratory infections. One cat, we named Daisy, appeared to have had a thermal burn, along with severe ear mites and diarrhea, although her fecal sample was negative for parasites, giardia and toxoplasmosis. She is on antibiotics and we are hoping that her diarrhea is a bacterial infection from eating garbage.
Two senior dogs, now named Buttons and Spike, have significant hair loss and skin damage from extended flea irritation and probable food allergies. Suffering from severe dehydration, they both received fluids from the doctor while in surgery for dental care. Poor Button's teeth were so bad that only two canines were salvageable. He will need to eat wet dog food only for the remainder of his life. Buttons also has a severe yeast infection in both ears which is also being treated. While Spike should be a big fella, he is significantly underweight and suffers from arthritis. When Buttons and Spike recover from their medical treatments, they will need a very special understanding family to love and care for them for the the remainder of their lives.

All these rescues are now under a doctor's care and in a loving foster home as they recover. Most of their ailments are easily treatable with a good prognosis, while others are treatable but will have long-term effects. In the end, though, all of their illness and suffering was preventable and should never have happened! 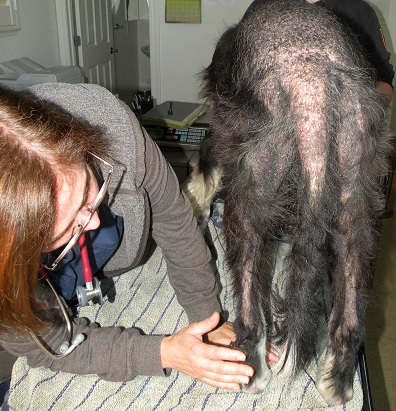 While we are happy that we were able to help these fur kids, one was not so lucky - a pup of 7 - 8 months that we named Charlie. Charlie had been hit by a car and never received medical attention other than a makeshift splint made of wood and cardboard with duct tape to hold it in place. The injury was extensive and because he had gone too long without any quality medical attention, Charlie suffered unnecessarily. In the end, he paid dearly for his owner's lack of responsibility. 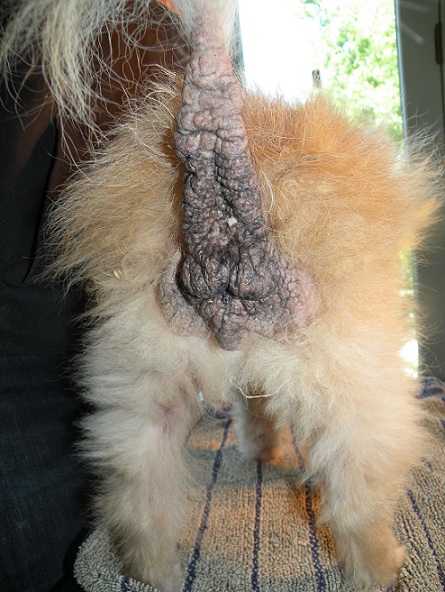 If you take anything away from this story, it should be that having a pet is no different than having a child - we are responsible for providing adequate shelter, food, water, proper medical care, supervision and unconditional love. Please spay and neuter your animals. Cats and dogs are wonderful, loving companions but they do cost money for proper care. If you are on a tight budget, please consider the animal's well-being over yourself and instead of owning a pet, volunteer at a shelter or foster for a rescue group. You get to love an animal in need without the cost associated with ownership.
When all our new little fur kids are recovered, they will be looking for a new FurEver home - a place where they will be loved, appreciated, adored and most of all, a caring environment that they have never ever known before. We hope you will consider one of these little guys as your newest family member. 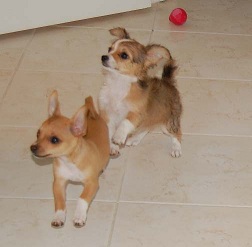 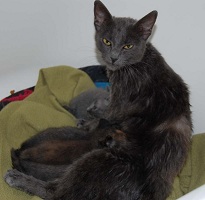 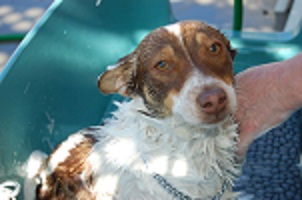 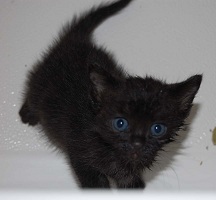